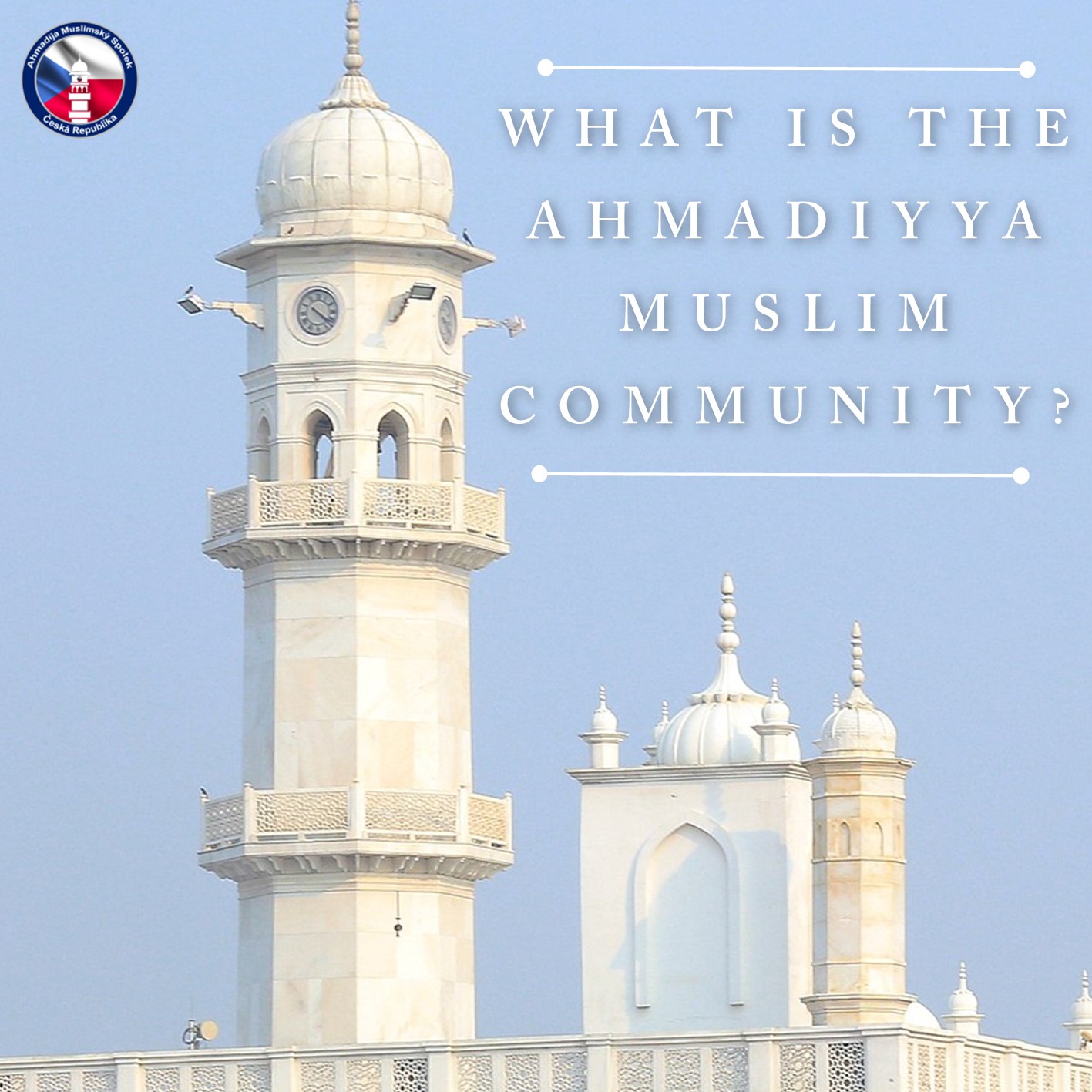 The Ahmadiyya Muslim Community are Muslims who believe in the Promised Messiah, Mirza Ghulam Ahmad (as) (1835-1908) of Qadian, India.

The Promised Messiah (as) founded the community in 1889 as a revival movement within Islam, re-establishing the original Islamic teachings of peace, love, and absolute justice. Today, under the divinely guided leadership of his fifth successor, His Holiness Mirza Masroor Ahmad (aa) (b. 1950), the community has an international reputation of upholding peace and the sanctity of life across the globe. The Ahmadiyya Muslim Community is established in over 200 countries worldwide, comprising tens of millions of Ahmadi Muslims.

His Holiness Mirza Ghulam Ahmad (as) claimed to be the metaphorical second coming of Jesus, whose advent was foretold by Prophet Muhammad (sa). All major faiths of the world contain mention of the second coming of a messianic figure. The followers of these faiths are awaiting the return of Jesus, Krishna, Buddha, or another figure who would be divinely appointed to re-establish the true teachings of religion in the world, at a time of global peril.

Ahmadi Muslims believe that all major religions of the world have divine origins, thus these prophecies all originate from the One God and point to the advent of the same person. His Holiness Mirza Ghulam Ahmad (as) claimed to be the Promised Messiah in 1889 upon divine instruction, tasked with the mission of restoring the true peaceful principles of religion in the world, at a time of utmost need.

The Promised Messiah (as) reinvigorated the true intellectual and spiritual roots of Islam. He penned over 80 books, innumerable letters to the world’s elite, delivered hundreds of lectures, and engaged in scores of public debates. Leading intellectuals of the world welcomed this refreshing perspective on religion, such as Leo Tolstoy, who wrote,“We need reasoned religious teaching and if Mr. Mirza presents a new reasonable proposition then I am ready to benefit from it.”

The Promised Messiah (as) dispelled many of the misconceptions that had developed in the Muslim world over the centuries. He emphasized that Islam completely rejects all forms of terrorism, and that the very essence of Islam is to regard human life as deeply sacred. He taught that the true purpose of Islam is to establish a loving bond with God and with His creation.

The Ahmadiyya perspective on God is unique, as the Promised Messiah (as) demonstrated through his own example that God certainly still speaks to humans. He placed great emphasis on people acquiring a personal connection with God, such that one can move from the stage of just having faith in God’s existence to gaining true certainty. In this regard, he published many of his own personal experiences, where God accepted his prayers, spoke to him, and revealed to him events of the future. Many of his prophecies were widely published in international newspapers and continue to be fulfilled to this day.

Living by the official motto of,

“Love for All, Hatred for None,”

The Ahmadiyya Muslim Community believes that its very purpose is to serve humanity. Thus, the community has built hundreds of schools and dozens of hospitals in underprivileged areas across the world. Through organizations such as the non-profit charity, Humanity First or IAAAE (International Association of Ahmadi Architects and Engineers), Ahmadi Muslims devote themselves to charitable work such as disaster relief, ensuring food and water security, medical care, and many other initiatives.

The current Caliph of the Ahmadiyya Muslim Community, His Holiness Mirza Masroor Ahmad (aa), resides in the United Kingdom. Under his leadership, Ahmadi Muslims continue to advocate for the freedom of conscience, separation of religion and state, and the establishment of universal human rights.