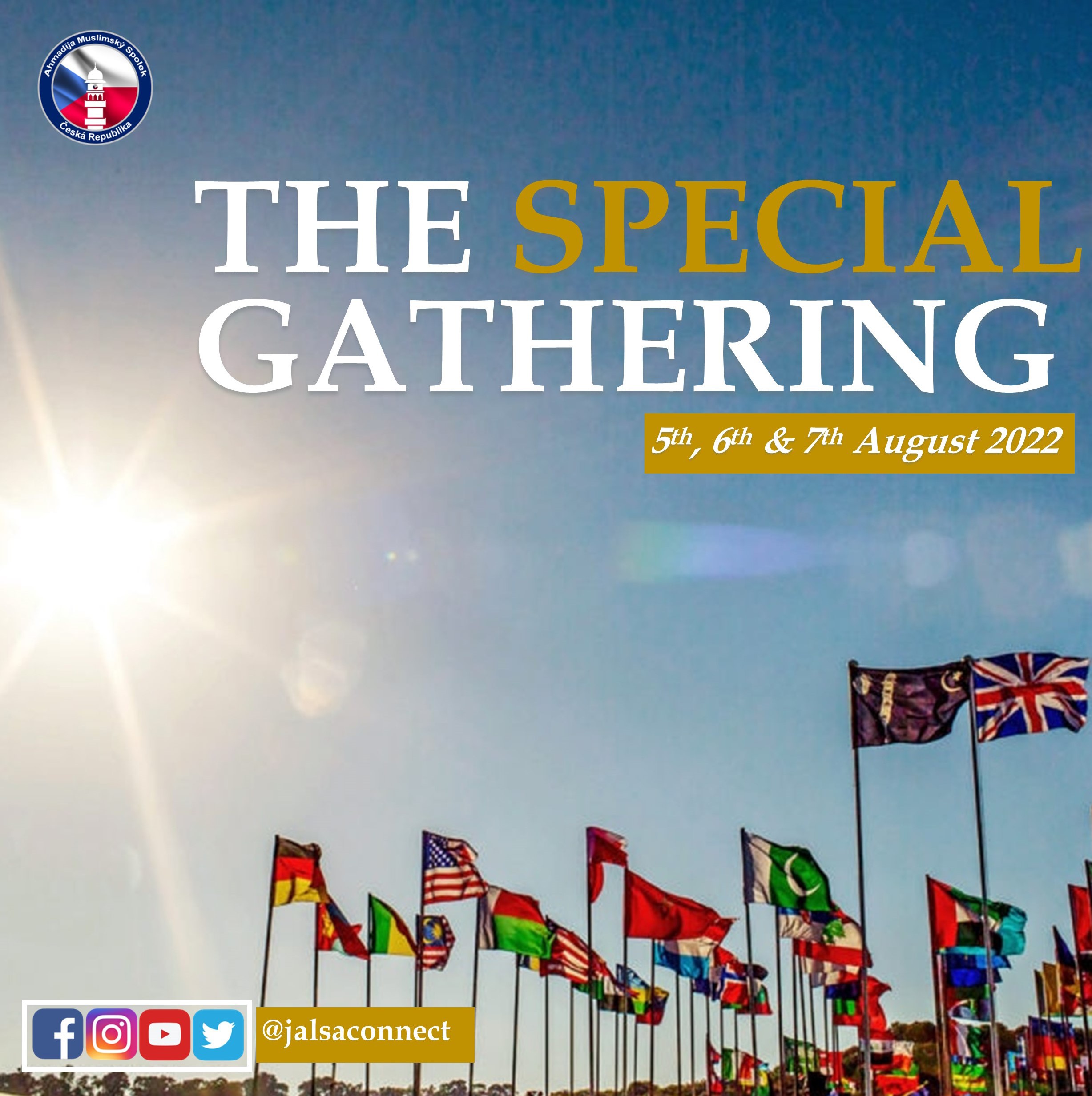 What is the Jalsa Salana and where is it held?

Jalsa Salana (lit. the Annual Gathering) is a 3-day convention organized by the Ahmadiyya Muslim Community in various countries across the world during different times of the year. The purpose of these gatherings is to further one’s spirituality through listening to insightful speeches and becoming immersed in congregational prayers.

For example, the Jalsa Salana organized by the Ahmadiyya Muslim Community of Germany typically has an attendance of over 40,000 people, making it the largest convention of Muslims in continental Europe that is held regularly.

As another example, the Jalsa Salana of Ghana attracts a similar attendance. The following photos depict over 14,000 Ahmadi Muslims gathering at the Jalsa in 2017 for the optional prayer taught by Islam called tahajjud which is offered in the last part of the night:

Ahmadi Muslims hold the Jalsa Salana annually in various other parts of the world as well, including Japan, India, Turkey, and Switzerland, to name a few examples.

However, the most important of these is the International Jalsa Salana, which is held in the UK, where the headquarters of the worldwide Ahmadiyya Muslim Community are located, and where the Caliph and worldwide leader of the Community, Hazrat Mirza Masroor Ahmad (aba), resides.

This convention typically attracts over 35,000 people from across the world, making it the largest Islamic convention in the UK.

However in 2021, attendance was restricted to 4,000 people, who were required to be fully vaccinated and present negative COVID-19 tests, among other safety measures.

n all faiths of the world, there is a special emphasis placed on spending time in the company of spiritual masters and teachers. It is an established teaching in various cultures that simply spending time in the presence of pious individuals can raise one’s consciousness and inspire them to be better.

The founder of the Ahmadiyya Muslim Community, the Promised Messiah Hazrat Mirza Ghulam Ahmad (as), elaborated on this philosophy by tying it to the primary idea of developing certainty about the existence of God. He stated that there are 3 essential ways through which one can develop this certainty:

hus, even if one has not experienced clear signs of God in their personal lives, they can still gradually develop certainty about His existence through simply keeping company with individuals who have experienced Him. The Jalsa Salana is an annual gathering that offers this opportunity, primarily through sitting in the blessed presence of the Caliph, Hazrat Mirza Masroor Ahmad (aba), as well as through interacting with countless Ahmadi Muslims who have a personal connection with God.

The process of developing certainty about the existence of God is a gradual one, but sitting in pious gatherings certainly has its place in that process. At the very least, such gatherings allow us to take a break from the world and turn inward to examine ourselves, and find inspiration to become better individuals.

When the Promised Messiah (as) expressed his wish to organize the first Jalsa Salana in 1891, he stated his intention behind it:

““The primary purpose of this Convention is to enable every sincere individual to personally experience religious benefits; They may enhance their knowledge and – due to their being blessed and enabled by Allah, The Exalted – their perception [of Allah] may progress. Among its secondary benefits is that this congregational meeting together will promote mutual introduction among all brothers, and it will strengthen the fraternal ties within this Community..“

This was in the spirit of the teachings of the Holy Prophet Muhammad (sa), who frequently emphasized the need to travel and congregate for the sake of gaining spiritual knowledge. The Holy Prophet (sa) said

“Seeking knowledge is an obligation upon every Muslim man and woman.”

On another occasion, the Holy Prophet (sa) is reported to have said:

” Acquire knowledge even if you have to go as far as China.”

Thus, the first Jalsa Salana was held in Qadian, India in 1891 and was attended by 75 members. Over the years, attendance grew from surrounding areas of South Asia, and in 1946 (the last year before the partition of India) the Jalsa saw a crowd of nearly 40,000 faithful attendees.

After the independence of Pakistan in 1947, the majority of Ahmadi Muslims migrated and established Rabwah, Pakistan as the new headquarters of the Community. The headquarters remained here until 1984, when the fourth Khalifa migrated to the UK after state-sponsored persecution of the Community in Pakistan. In 1983, the final Jalsa Salana of Rabwah was attended by nearly 250,000 people.

Since then, the International Jalsa Salana of the Ahmadiyya Muslim Community is held annually in the UK. The Jalsa is regularly attended by guests of various backgrounds and receives frequent media coverage. Many international political leaders and dignitaries often attend or send messages of their well wishes.

In addition to benefiting from listening to scholarly discourses and praying together, the Jalsa offers a unique opportunity to practice the Islamic teachings of hospitality. The entire convention is run on the efforts of volunteers.

Islam places great emphasis on taking care of one’s guests. The Holy Prophet Muhammad (sa) excelled in this quality to a sublime extent, such that he was distinctly known in Mecca as an exceptionally hospitable person.

His ardent devotee, the Promised Messiah (as), also paid great attention to this aspect of spirituality, and desired to inculcate its practice in all Ahmadi Muslims. He once said, “the heart of a guest is like that of a mirror, with a mere knock, it shatters,” urging Ahmadis to be extremely sensitive in their dealings with guests.

The following incident is reported from one of the early Jalsas:

On Saturday afternoon, in the 3rd session of the Jalsa Salana, as is the annual practice, Hazrat Mirza Masroor Ahmad (aba) presented the annual progress report of the Ahmadiyya Muslim Community.

A few key points from the report of His Holiness are as follows:

After presenting the report, His Holiness (aba) quoted the Promised Messiah (peace be upon him) who said:

“Day by day, you [the opponents of the Ahmadiyya Muslim Community] are diminishing. Do you not see that your numbers are reducing and yet we are ever increasing?”

““May Allah the Almighty grant sense to the opponents [of the Ahmadiyya Muslim Community] and enable the people of the world to recognize and understand the message of the Promised Messiah (peace be upon him) and the true message of Islam.”

This year only members from the UK community and some few guests were allowed to join the Jalsa Salana in Alton, UK, because of COVID. Therefore 26,649 members joined this event and 53 countries took part virtually. But still this is the country's largest annual Islamic convention.

A few key points about the achievements of the Community from the report of His Holiness, presented on Saturday 6th August 2022, are as follows:

Czech Republic was also represented at the Jalsa Salana UK 2022